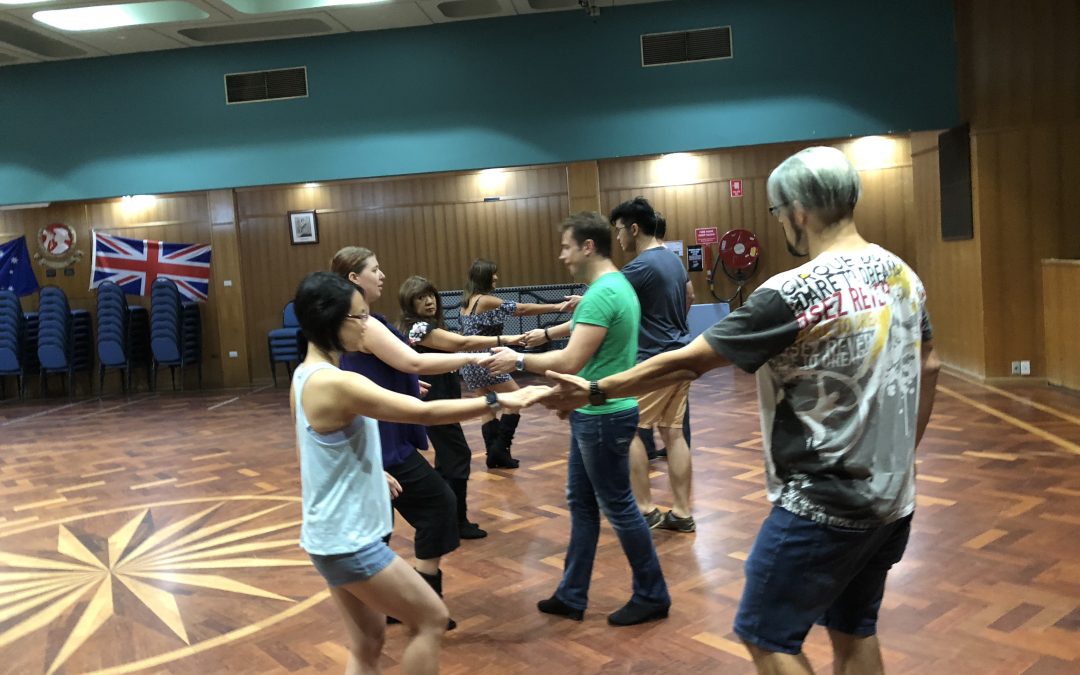 SHANEKERIDANCE are back:-
Teaching Modern Jive in the Sutherland Shire at Club Kirrawee every Tuesday Evening 7:30pm -10:30pm, and in the Western Suburbs every Monday at St Marys Band Club see classes page for more info. Since the announcement of our being involved in classes with Clay and Janine there have been a lot of great questions on what classes will be like, who the teachers will be and what may be changing… along with many well wishes.

First, to put everyone’s minds at ease, Modern Jive is staying as Modern Jive and all the teachers will remain the same on a rotating shift with Shane & Keri slotting in amongst all the other teachers in the rotation.  We don’t want to reinvent the wheel. The 1st of the month awesome themed Modern Jive Dance Parties will remain on the 1st Friday of the month at Club Kirrawee.

We want to continue to support the existing dance community at the same time as continue to grow the dance scene here in Sydney.  We do this by starting with Gymea Tradies classes & the Club Kirrawee dance Party. We will also attend ony of the Ceroc Modern Jive events to dance our team routines and be a cheer squad for any of the SouthSide competitors/performers at these events.

In France it was coined by the name LeRoc (the Rock), when a British guy took the dance to the UK he renamed it for the British market as Ceroc (it’s rock). Since then Modern Jive has been called many names such as Leroc, Si’Roc, Ceroc, Ce’st Roc, Nuroc, EsRoc LeBop, LeStep, MiJive, MoJive and the list goes on.

Even here in Australia it has gone through a few transitions. When the dance was first brought to Australia by a British Gal it was called Ceroc and eventually the term Modern Jive was added to the name, hence becoming Ceroc & Modern Jive, and is now one of the more popular dance styles across the nation.

Modern jive / Ceroc is a conglomerate of dance styles and as such it is open to many continual changing influences. Go to any Modern Jive or Ceroc class anywhere in Sydney or across the country, go to a competition or social dance party and you will see people freestyling or doing routines that look like Rock N Roll, 4 Count Hustle, Jitterbug, Salsa, Mambo and West Coast Swing, it’s sometimes hard to tell what dance style they are actually doing.

We are often asked, “where is the ‘Jive’ or the triple rhythm in all of this dancing, after all traditional Jivers and east coast swingers, lindy hop dancers know that the unique triple step is a big part of Jive swing dance and it’s nowhere to be found in Ceroc & modern jive. Most commonly people say that it looks more like Salsa, Bachata, Mambo or Hustle.

In some ways this is very true as it’s breaking steps are very Mambo & Salsa with similar style moves with less vertical rhythm and more rotational. There is a very smooth action, so no bounce as you would see in a lot of other swing dance styles, just nice foot articulation and rolling hips in order to keep the head fairly much at the same level or height when dancing your basics, it varies like any dance once you become advanced and more level changes are apparent. The rhythm is expressed through a more linear to rotational movement unlike Jive, which “litls’ & ‘bounces’ or pulses on the upbeat distinctly with the rhythm.

The influence of West Coast Swing over recent times has served to increase this gap between Modern Jive and Traditional Jive simply because of the more linear movement and no rational movement along with more of the cool West Coast Swing moves being choreographed into the dance now. When you watch a couple dance west coast swing, you notice that there is a definite “slot” and the follow is in and out of each end of the slot, where traditionally Modern Jive was more circular with some linear movements .

The musical interpretation and rhythmic emphasis has also been take more  from West Coast Swing making modern jive more accurate in its musicality. It looks great – but you will find that if you’ve been dancing Modern Jive for some time, it is a new world of techniques that are mostly foreign to you when it comes to incorporating West Coast Swing styling.

So what are you to learn? What is the right style of Ceroc or Modern JIve to adopt? I have found myself asking this same question every time I go to a new venue to teach workshops, we see how different the styles vary, but in saying that you can still dance with anyone that knows the basics. We often wonder where it is all headed, what are the fads and what elements will stay with us in the dance we know so well to be modern jive. For the average social dancer, i suggest follow the trend but never lose the core of the dance, there is already a dance called West Coast Swing.

The most important thing about your style is that it’s a reflection of you, who you are as a dancer. Dance because you enjoy it and that you let it evolve organically in ways that give the lead to the music. The more you let the music move you, the more inventive you can become and the more fun you will have. There’s no limit on what you can do or what is technically right or wrong – so enjoy the diversity.

Many of our youtube videos demonstrate a varied interpretation of Ceroc & Modern Jive. Our style has shifted a lot and will continue to do so. That doesn’t make these moves outdated by any means! The moves and the style that is overlaid on those moves are two very different things. So much so, that I have seen moves that I have taught danced with such a different and creative style that I hardly recognised them. That in itself is an excellent quality of Modern Jive.

Movement is Medicine so keep dancing